Autism is characterized by deficits in three overlapping domains: communication, interpersonal interactions, and behavioral flexibility. Identifying objective and measurable clinical biomarkers is a critical issue in diagnosing autism, which still heavily relies on behavioral evaluations. EEG and MEG findings of gamma-band oscillations in autistic patients have garnered much attention recently.

The development of gamma oscillations has been linked to an excitatory and inhibitory imbalance in the brain, a central notion in the neurophysiology of autism.

As a neurodevelopmental disorder, autism can only be diagnosed based on observable behaviors; there are currently no biomarkers that can make this diagnosis with a high level of specificity and sensitivity. Research has identified gamma-band anomalies in autistic individuals. Gamma-band activity is linked to affected perceptual and cognitive abilities. An imbalance between excitatory and inhibitory activity in the cortex, theorized to be caused by abnormal functioning of inhibitory interneurons, is associated with the emergence production of gamma oscillations in people with autism.

Uninhibited gamma activity in individuals with ASD indicates that the brain cannot take over because too many are working simultaneously. Reduced attentional control and other cognitive deficits characteristic of autism spectrum disorder (ASD) have been linked to disruptions in gamma synchronization.

When comparing autistic individuals to neurotypical individuals, a higher level of gamma oscillatory activity may be seen in EEG recordings of those with ASD. It is speculated that less inhibitory processing accounts for these results, leading to a lower “signal to noise” ratio. Neurotypical first-degree relatives have also shown gamma-band deficiencies, suggesting that this may be somewhat genetically determined.

The Biology Behind Brainwave Oscillations

The term “local field potential” (LFP) refers to the cumulative output of excitatory and inhibitory dendritic potentials from many local neurons. LFPs can exhibit rhythmic variations known as gamma oscillations, with frequencies ranging from around 25 to 100 hertz. The hippocampus is only one brain area where gamma oscillations have been shown to play a role in processing information, along with other memory-related tasks.

Brainwave oscillations originate from the feedback loop formed when excitation (pyramidal cells) and inhibition (interneurons) interact during a cortical interaction. Parvalbumin (PV), a calcium-binding albumin protein, is delivered in these cells, as shown by immunocytochemical analysis. PV cells are especially vulnerable to oxidative damage due to their high metabolic activity.

Their probable connection to gamma-aminobutyric acidergic (GABAergic) neurotransmission anomalies in numerous psychiatric and cognitive disorders is highlighted by this damage to the brain.

Research in PV Levels in Individuals with ASD

Both postmortem human brain specimens and animal models of ASD have shown decreased numbers of PV-expressing cells. Low PV expression levels correspond with ASD-like behavioral issues (like lack of social engagement or echolalic communication). They are associated with symptoms often attributed to ASD comorbidities, such as sensitivity to pain or seizures. In these animal models, cognitive dysfunction and social impairments can be normalized or at least mitigated by the pharmacological or cell type-specific gene rescue of PV (GABAergic) deficiencies. Researchers studying ASD have advocated employing gamma-band-based metrics as an evaluation instrument for therapies that try to target the neurological pathology of ASD.

Findings from an intriguing study point to gamma oscillations as a potential outcome indicator for therapies in autism and a biomarker indicative of the excitatory and inhibitory balance of the brain. Perception, attention, memory, and consciousness have all been related to rhythmic patterns of brain activity seen in the electroencephalogram (EEG) as voltage oscillations.

In individuals with ASD, anomalies in gamma oscillations have been identified by several studies, and low-frequency repetitive transcranial stimulation (TMS) has been shown to rectify these abnormalities. Both recurring behaviors and executive functioning activity can benefit from this neuromodulatory therapy.

Because of its selectivity, a device can respond directly to one frequency while blocking out others. Individual gamma cycles have wide variations in amplitude, frequency, and phase, demonstrating that brainwave oscillations are a sophisticated process. Autistic individuals have inaccurate synchronization between neural networks due to their limited sensitivity. As a result, individuals are less able to generate coherent perceptual experiences and exhibit less complex reactions to environmental and social demands.

TMS treatments focusing on the frontal lobes have been demonstrated to enhance a person’s executive functioning skills. Conceptual processing, cognitive fluidity, attention, and working memory have all been shown to increase. Some of the underlying problems in ASD can be improved by TMS, particularly difficulties with self-monitoring, which is part of the supervisory attentional system.

Faster behavioral reactions, which may include impulsive behaviors, have been linked to a greater amplitude of prematurely triggered gamma activity. Evidence from prior studies suggests that people with ASD are less attuned to these monitoring errors and take more time to recognize and remedy them. According to the study’s researchers, inadequate error monitoring may lead to perseverative behaviors seen in people with ASD.

Using TMS as a Non-invasive Option for Treatment

There is a pressing demand to use gamma oscillation measurements as functional indicators of sensitivity to therapies like TMS or other forms of neuromodulation. GABA and glutamate neurotransmission are significantly linked in autism, and gamma-band disruption is therefore viewed as a potential non-invasive measure of breakdown in the fundamental circuitry, even though the efficacy of gamma-band related variables as diagnostic biomarkers is still underdeveloped.

However, based on the research reviewed here, clinical results for people with ASD might be improved by adjusting the pulse width of the magnetic field in a way that influences the mobilization of excitatory and inhibitory cells inside the cerebral cortex. 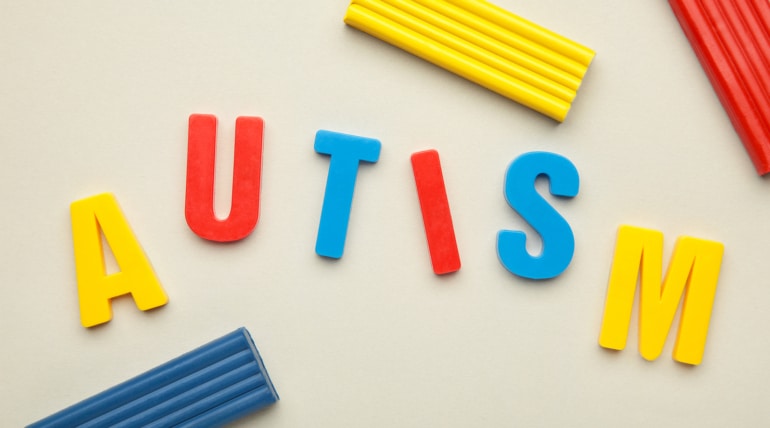